What residents say about their community

Dulnain Bridge, lying to the west of Grantown on Spey is a village comprised of two communities, with Dulnain Bridge itself to the north of the bridge and having a post office, shop, garage and well used village hall. The crofting community of Skye of Curr stretches for a mile to the south terminating at the famous Speyside Heather Centre. 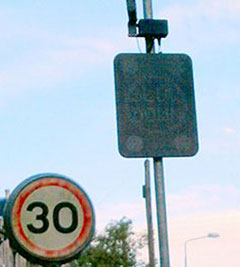 Curr Wood on the south and east of the village has the country’s largest population of Twinflower known by the botanical name of linnea borealis which shares the forest floor with a tiny orchid called Creeping Ladies Tresses.

This small rural village with a population of approximately 500 has a strong sense of community identity, where people really know and support each other in their day to day lives. Filled with local characters and familiar faces, Dulnain Bridge is proudly known by residents as having a real ‘do it ourselves’ attitude to community living.

The village currently contains buildings of diverse design, which blend well into the surrounding landscape. Therefore residents are keen to ensure that any future development evolves sympathetically, so allowing for the growth necessary to sustain the village whilst guarding against intrusive or unnatural architecture. Residents appreciate the visitor attractions the community boasts, particularly the unique glaciated rocks known as ‘Roches Moutonnes’ and the wide selection of restored crofting machinery which is displayed at the northern end of the village. Access to the nearby forest, open spaces and the quiet pace of life partly due to the limited traffic volume and pollution are greatly valued and considered important to retain. Also notably within Dulnain Bridge there remains one of a decreasing number of areas where crofting continues as a traditional way of life for a number of people within the community.

Whilst Dulnain Bridge would like to keep hold of its safe ‘country feel’ by not changing greatly in the coming years, residents recognise they would benefit from having better links with other communities such as creating a permanent cycle path and supporting the rail link to Grantown. It is recognised that young people, especially of school age need to be given the opportunity to travel safely to and from other nearby communities to visit friends, cycle to school and access local amenities. The creation of a new cycle path to Grantown would provide a safe route for Dulnain’s youngsters, so enhancing their quality of life, encouraging independence and giving them a sense of belonging. Residents would also value this link for their overall health and personal wellbeing.

VABS is part of the Highland Third Sector Interface (HTSI) funded by the Scottish Government to support Badenoch and Strathspey communities in the following four areas:

Voluntary Action in Badenoch and Strathspey

Voluntary Action in Badenoch and Strathspey

VABS is delighted to announce that we have been successful in our grant application to Scottish Government, via the team at Highlands and Islands Enterprise, for funds to support all of the communities in Badenoch and Strathspey during the Covid-19 crisis. The application was to the Supporting Communities Fund, with VABS applying as a Community Anchor Organisation for the whole of the strath.

The financial support totals £123,000 to cover the next 6 months and can be used for any relatable activity, carried out by any B&S group (constituted or unconstituted), that is in response to the C-19 pandemic in our area.

We will be issuing guidance and a simple application form very shortly, so that folk can start to apply and it is the intention to turn the money around very quickly, so that this financial support goes to where it is needed in the fastest time.

We need to be vigilant that there is no duplication or double-funding of any actions, so if your group has already applied and been successful elsewhere in getting funding for a specific activity, you will obviously not be able to get more funding from VABS for that particular purpose. Groups need to be very mindful of avoiding double-funding, especially when there are so many funds available at the moment.

The VABS team will be in touch with Badenoch & Strathspey groups and organisations shortly with more details.

Watch this space for further updates!

A new fund has been set up to provide grants for community resilience groups that are supporting vulnerable people during the coronavirus outbreak.

This fund is available to groups which provide vital support to vulnerable individuals, including the delivery of emergency food and supplies.

Groups can apply for up to £500 at any one time and can reapply once initial funding is spent.

The fund is open to all groups within a local area – both constituted and non-constituted. The Council recognises that there are a lot of new groups, which have been set up to support COVID-19 related resilience efforts.

Groups are also encouraged to register with the Council and Highland Third Sector Interface if they have not done so already. Applications are through the normal ward discretionary grant process.

All completed forms should be sent to policy6@highland.gov.uk

Highland Council Leader, Cllr Margaret Davidson, said: “We know that there are a lot of groups doing great work locally and this fund has been set up to provide them with the support they need during this difficult time.

“Highland Council is committed to helping protect the most vulnerable in our communities and this is just one of the ways we are able to do this.”